Your browser does not support the Unity Web Player. Want to save the game for later? Add it to a collection.

Luckslinger is a hip-hop infused spaghetti western action platformer where luck affects the world around you. In Luckslinger, luck is a collectable resource that can make the player lucky or unlucky, which affects the game world and gameplay.

For example, when the player is lucky enough, enemy bullets can be deflected, or your trusty duck companion will grab some health for you. However, when you're unlucky, bridges might collapse or rocks might fall on your head.

Luck: Luck is an interesting mechanic, the amount of luck essence the player has influences the game-world around him and this also affects the gameplay. For example, when a player has a lot of luck he can assume that lucky events will occur and thus play more reckless. But when having little luck essence, the player should play more cautious.

Example: When the player is lucky and he accidentally falls into a pit, a mole could save him. However if he isn't lucky enough, no mole. So the luck mechanic works both implicit and explicit.

Luck Activation: Luck can be activated and will render you lucky for a short amount of time. Even though this is really great and can help you out in tricky situations, it will consume half of your current luck essence.

Kickback: The guns in Luckslinger kick back when fired, this means that simply spamming the trigger at enemies won't work. This adds a tactical element to the gunplay and builds in risk-reward gameplay.

Example: Stand closer to the danger and fire away to ensure a quick kill or keep your distance and fire well timed shots.

Reload: Guns have to be manually reloaded; it takes time and strategy to figure out go moments to reload.

Throwing Knife: Luckslinger carries a knife with him at all times that he can use to stylishly kill his enemies and do some extra damage. It's also thrown with an arc, and the longer it's charged the further you throw.

Duck sidekick: Your trustworthy and loyal sidekick, sometimes he likes to help you and sometimes he doesn't. However, he is always happy to retrieve your knife for you after you've thrown it away!

Action roll: You can either use rolling to move faster or to be a total badass and dodge projectiles.

Last but not least:
If you can, help us out on Greenlight:
http://steamcommunity.com/sharedfiles/filedetails/... 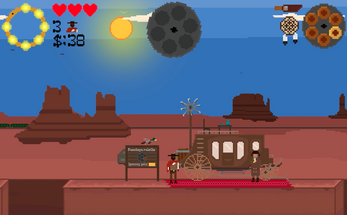 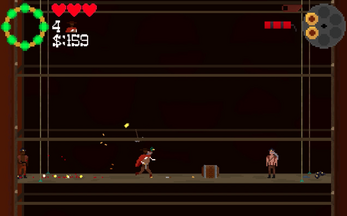 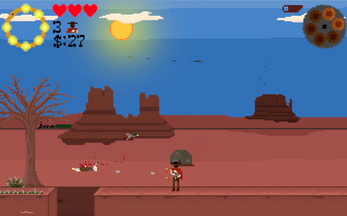 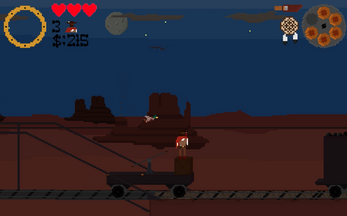 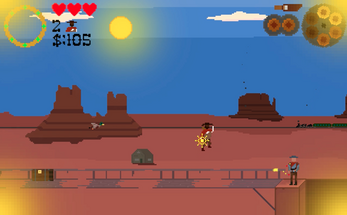